The Gatekeepers and the Zionist Dream

In a recent interview with the Washington Post, Israeli documentary film director Dror Moreh called Israel’s Prime Minister Benjamin Netanyahu “the worst enemy of Israel.” While Netanyahu has not lived up to his publicly stated commitment to a two-state solution, according to this film he is not considerably different than his predecessors.

Moreh’s Academy Award nominated film, The Gatekeepers, featuring interviews with six former heads of Israel’s security services, the Shin Bet, calls into question many commonly held beliefs about Israel’s true desire for peace with the Palestinians. What is said in The Gatekeepers is not particularly earth shattering; what is astounding is who is saying it — six men who have spent their lives protecting and defending Israel’s security. 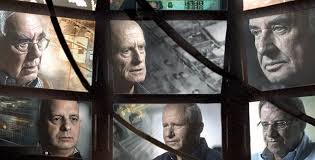 One of the film’s themes is that since the Six Day War, no Israeli Prime Minister, with the exception of Yitzhak Rabin, has had any real strategy about what to do with the West Bank and its Palestinian inhabitants. Everything that’s been done has been purely tactical. In this regard, one former security chief claims, there was no difference between Golda Meir (Labor) and Menachem Begin (Likud). While the notion that Israeli political leaders have lacked strategic vision for nearly 45 years is a daunting one, it’s inaccurate. On the contrary, it is because Zionism’s legitimacy among some religious elements requires a commitment to controlling the Land of Israel in its entirety that Israel has not reached peace with the Palestinians.

The Zionist movement has never been monolithic. Since its inception, there have been different streams that have vied with one another (as well as with other currents in the Jewish world) for prominence. Political vs. cultural Zionism, Socialist Zionism vs. Revisionism and religious vs. secular Zionism – these are just a few of the movements that have been at odds with one another. For most of the 20th century, until the ascension of the Likud to power in 1977, socialist Zionism was the prime mover and shaper of the Zionist project. It established the infrastructure for the state in the making that continued to dominate well after Israel’s independence in 1948.

But the socialist Zionist stream, while politically and culturally dominant, was never able to fully actualize its vision of creating a “new Jew,” freed from the negative influences of the Diaspora. To many, this included an unhealthy attachment to a warped and “ghettoized” version of Judaism. The religious streams, for their part, often regarded Zionism with a range of negativity from suspicion to outright heresy, for daring to do the work of the Messiah in restoring the Jewish people to its land.

In the aftermath of the Holocaust, the Zionist movement positioned Israel as a haven for the remnants of a decimated European Jewry and the cornerstone of Jewish revival. The socialist Zionist parties, led by Israel’s first Prime Minister David Ben Gurion, made crucial concessions to religious parties that guaranteed their participation in successive Israeli governments. This participation granted legitimacy to the government of Israel in the eyes of the religious public and gave tacit blessing to the partitioning of the Land of Israel that the UN had made a prerequisite for the establishment of a state for the Jews.

The relationship between secular and religious remained relatively stable until the Six Day War in 1967. After Israel’s “miraculous” victory over its neighbors, there was a fundamental shift in the relationship between Judaism and Zionism. The military victory was heralded by the religious community in Israel and the Diaspora as the onset of the Messianic era – redemption was at hand. The settlement enterprise, consisting of non-religious elements as well — security hawks and people simply looking for affordable housing — was adopted by religious Zionism and has become the foundation of its Zionist identity.

In the heady aftermath of the war, the Israeli political establishment didn’t discourage this new approach and successive governments, including ones led by the Labor Party, literally paved the way for the establishment of Jewish settlements throughout the “liberated” West Bank and Gaza Strip. To greater and lesser degrees, the various governments paid lip service to the notion of peace, but Israel’s commitment was more to continued settlement building than to a repartition of the Land. When forced to choose between peace and territories, Israel has time and again chosen territories. “Shalom bayit,” peace in the home, was deemed more important than peace with its external enemies. Netanyahu is on record in support of a Palestinian state, but under his rule Israel has continued to build settlements, keeping the religious elements of his coalition satisfied, but rendering a Palestinian state a near impossibility.

Contrary to the premise of The Gatekeepers, it’s not a lack of strategy that has prevented Israel from achieving a modus vivendi with the Palestinians; rather it’s an unstated one, rooted in the uneasy alliance between Zionism and Judaism that prevents the establishment of a Palestinian State. Yitzhak Rabin paid with his life the price of touching this third rail of Israeli politics. It remains to be seen if Netanyahu will force the inevitable question of whether Zionism can maintain its legitimacy in the eyes of religious Jews if it gives up claim to the entire Land of Israel. What is known is that the Prime Minister has not seen the film and has no plans to do so in the near future.

Ameinu Our People, Inc. is recognized as a 501(c)3 charitable organizationby the IRS and all donations are tax deductible to the full extent allowed by law. - See more at: https://ameinu.wpengine.com/author/admin/#sthash.Zl5QjGce.dpuf
All Posts »
PrevPreviousAmeinu Trip to Israel
NextVoices Fellowship New YorkNext